I took these photos with my first digital camera in 2003, around the same time I started this blog. This was where my mother worked when I was a child, and I spent my afternoons here after school. 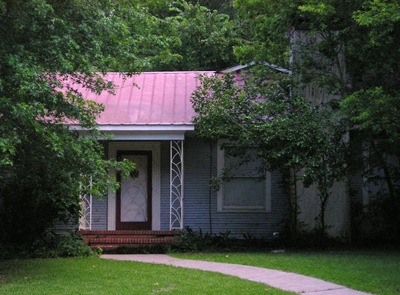 A man who worked here found me crying on this porch when I was about eight. He told me I couldn't let other kids get to me, that I had to be tougher than that. I disagreed with him, unable to conceive of a wall to protect me from pain.  I didn't know him very well at the time. I had little idea that he would be my stepfather in a year's time. And that we would have this kind of argument many times as I grew up. 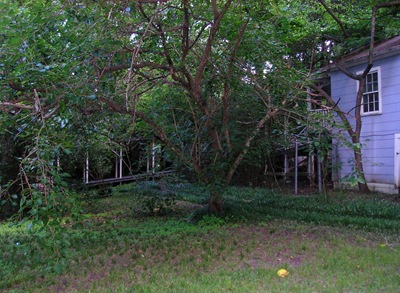 It was all so overgrown. I thought it pretty unlikely that these buildings, once swarming with people on the well-worn paths, could still serve the same function. I ran up and down the covered walkways so many times, played games with other children in unused rooms filled with boxes and debris, making homes and worlds for hours. When the porch would ice, we would go sledding in mail crates. 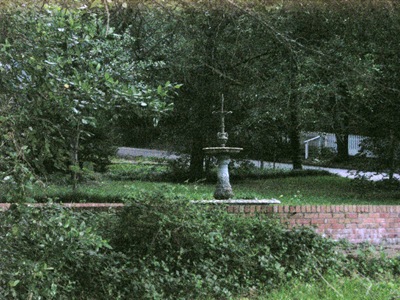 I found the old fountain drained and dry. When I lived here the pond was filled with koi, and the fountain covered with slime. We floated boats filled with unfortunate insects on the green water. 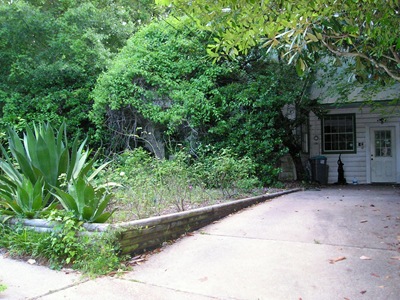 The whole neighborhood was darkened and deserted, shrubs and weeds spilling over the sidewalk. On summer days the magnolias used to be twisted with wisteria and thick with wasps. That never bothered me; it never occurred to me I could be stung.

I never questioned in those days. I observed and noticed vacuously without the ability to compare experiences or form notions. I only knew my games with the other children.

But when I think of the shadows of words and human forms I feel afraid somehow of what really was.