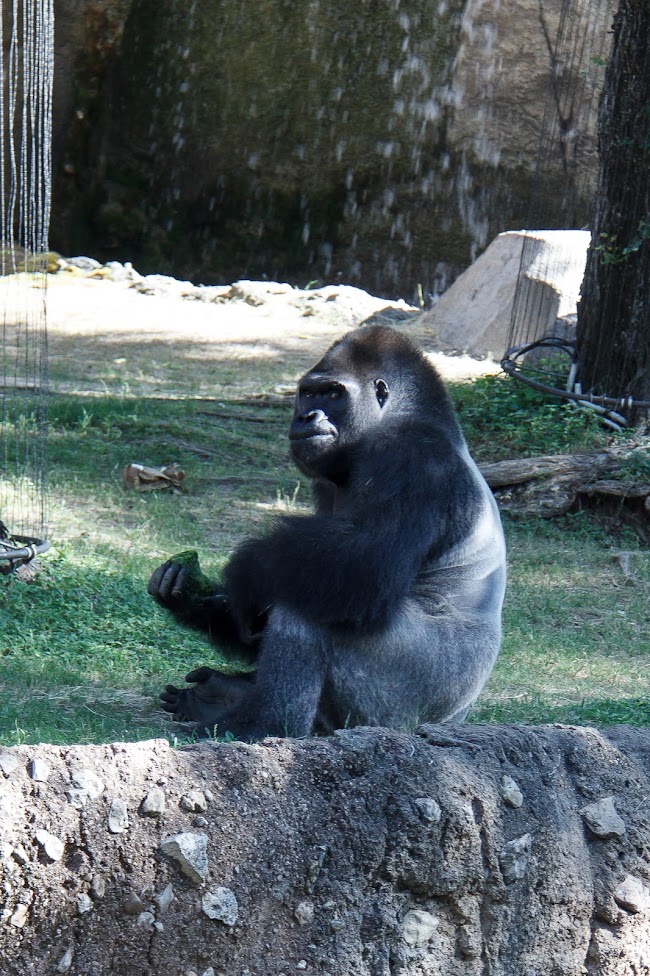 My favorite animals to see at the zoo are the primates. I went around to the back of this exhibit to get a better look and one of the gorillas was lying beneath the plexi-glass window. I made eye contact with her, and she glanced away uneasily and rolled to her other side. I could tell I made her uncomfortable and felt bad. Their facial expressions are so similar to humans'. 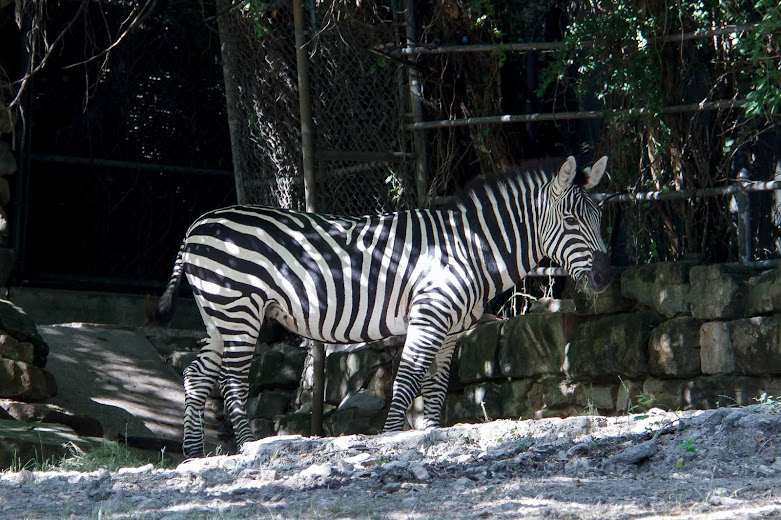 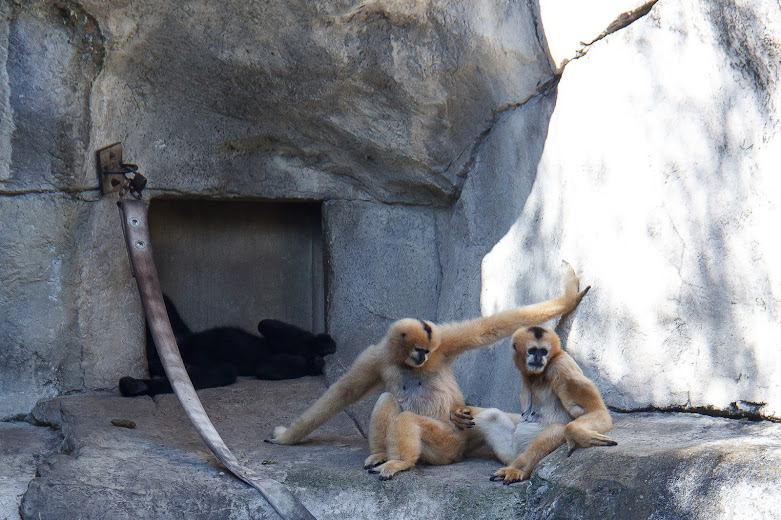 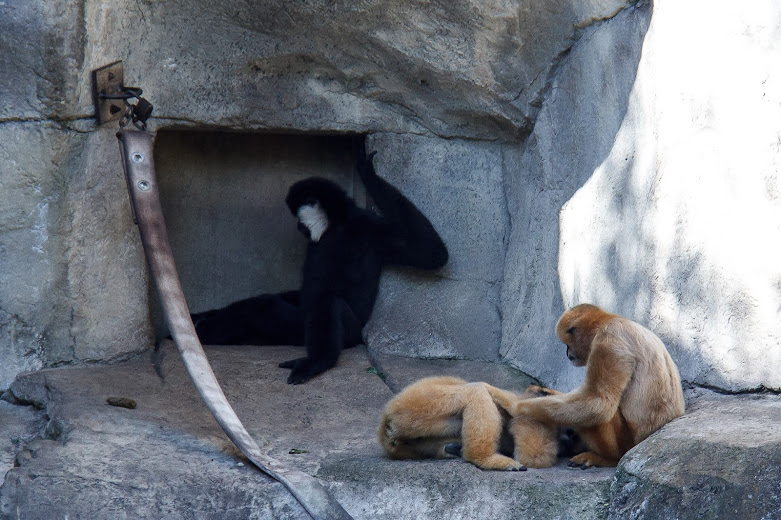 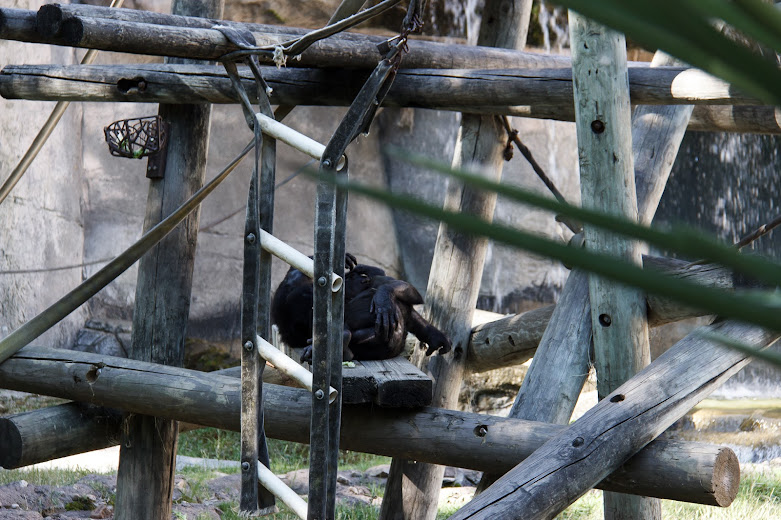 The bonobos are another primate that are very human-like. They and chimpanzees seem to be tied as far as being genetically similar to us. I read that bonobos are fifty times as violent as humans and chimpanzees are one hundred times as violent as humans. However, I think, in general, our entire group is incredibly violent compared to other animals. 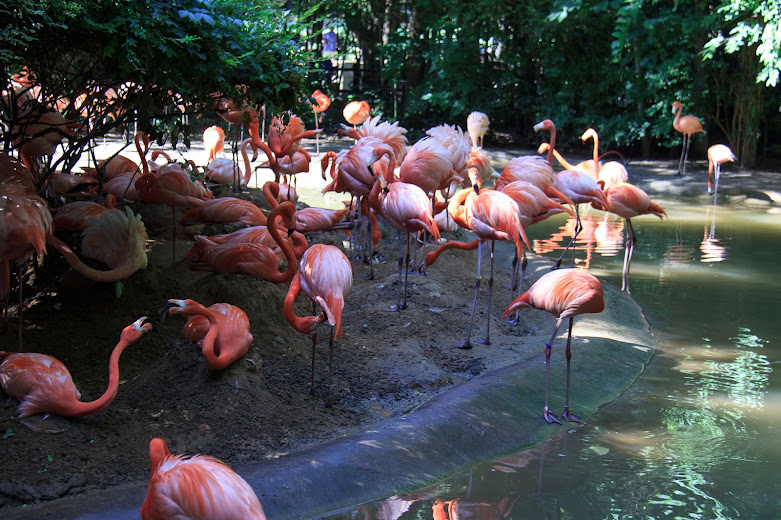 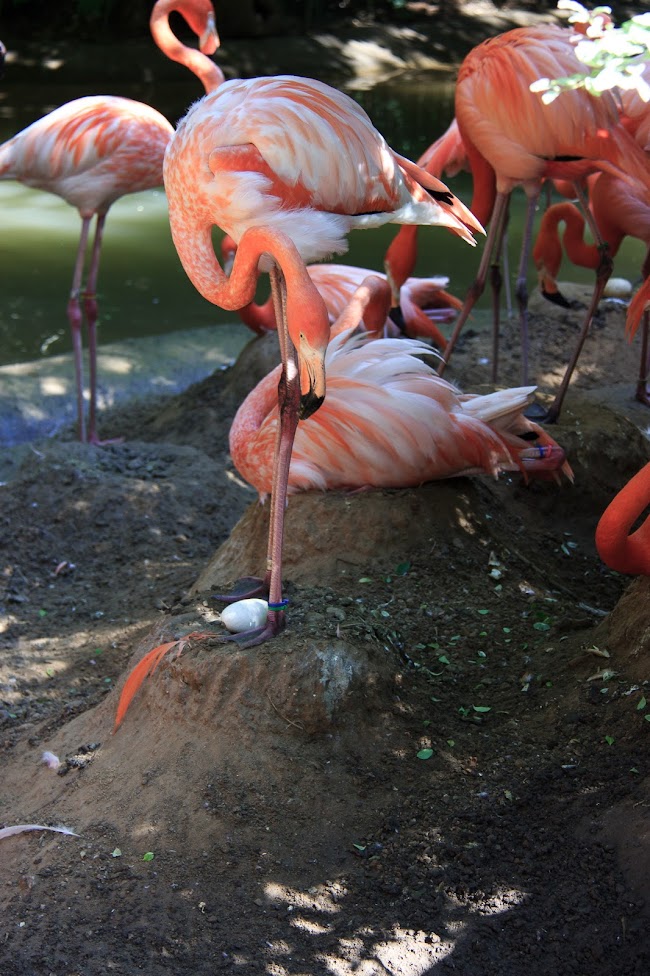 The flamingos appeared to be roosting and hatching eggs when we visited. There were many baby flamingos around. 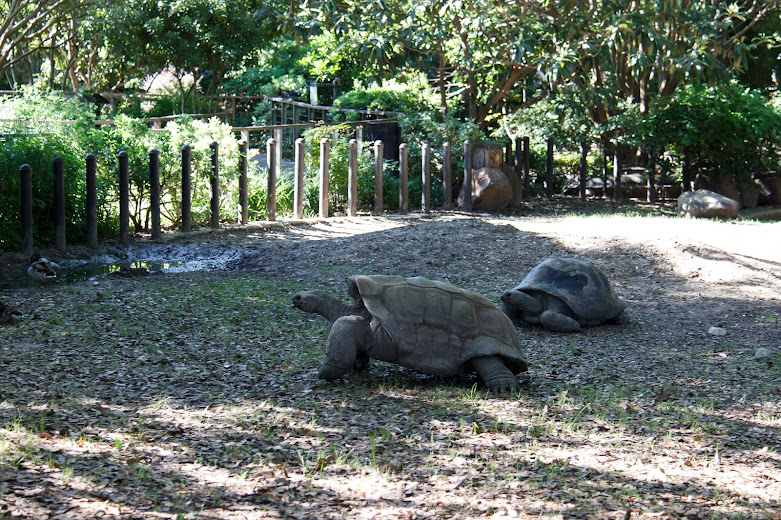 We happened to visit at a time when the tortoises were much more active, it being relatively early in the morning, and we able to watch them move around quite a bit. 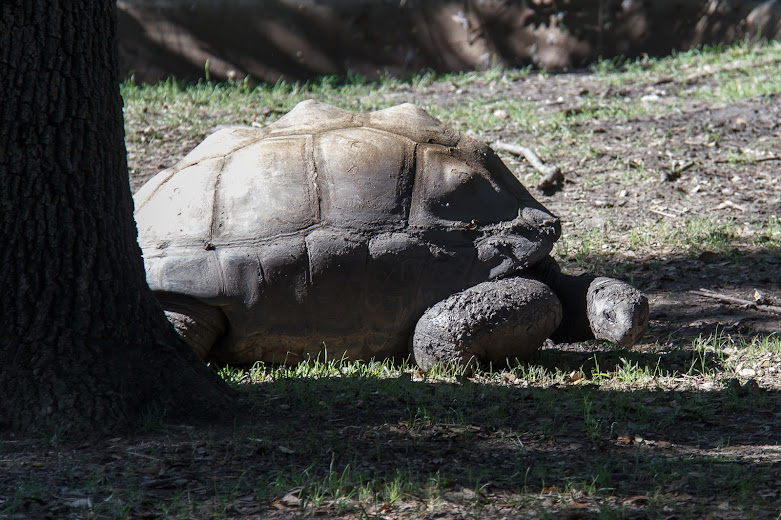 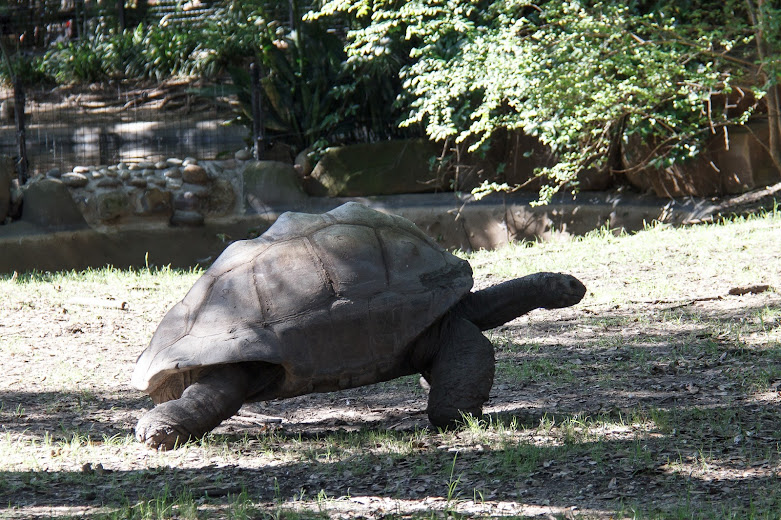 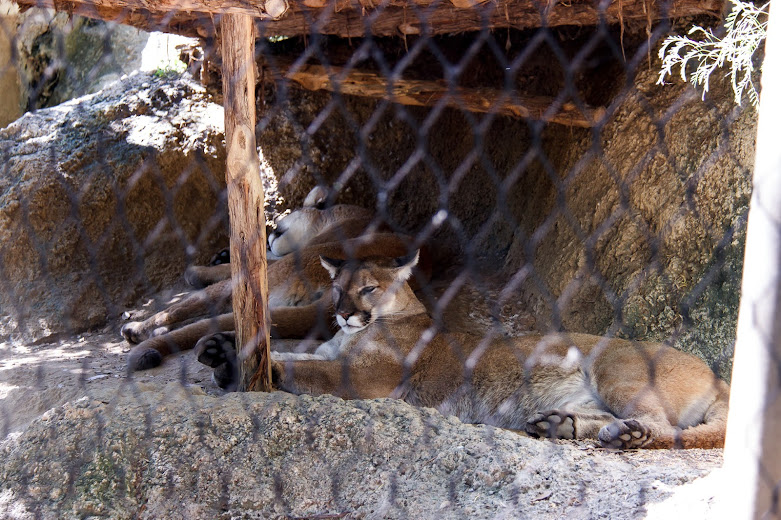 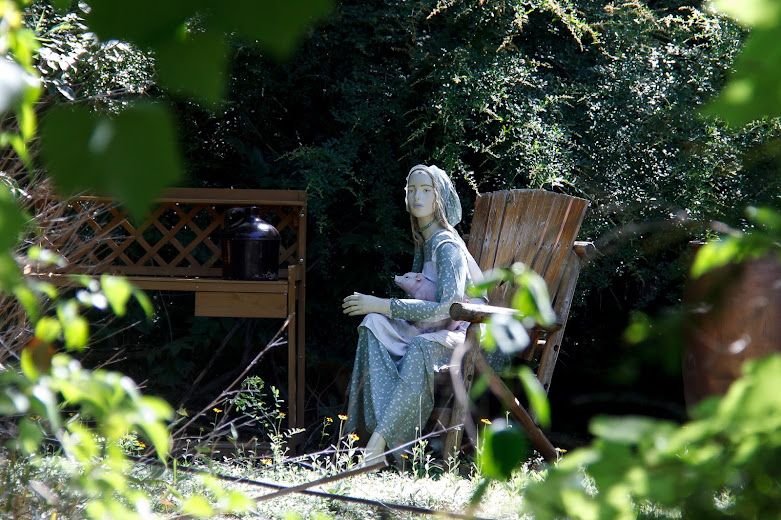 The history-oriented exhibits were closed off, but through some bushes I glimpsed this mannequin scene. 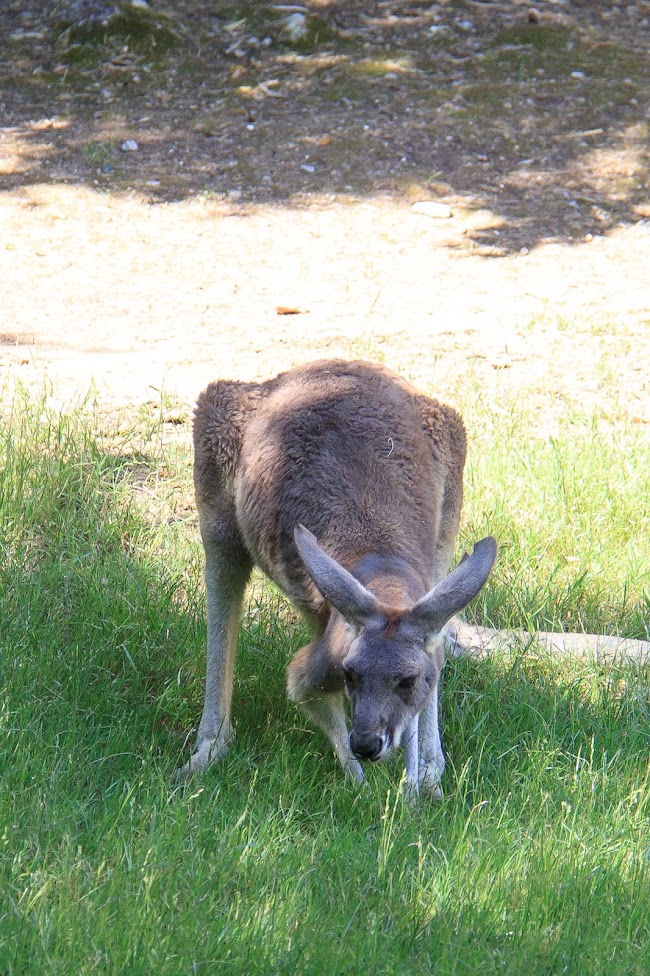 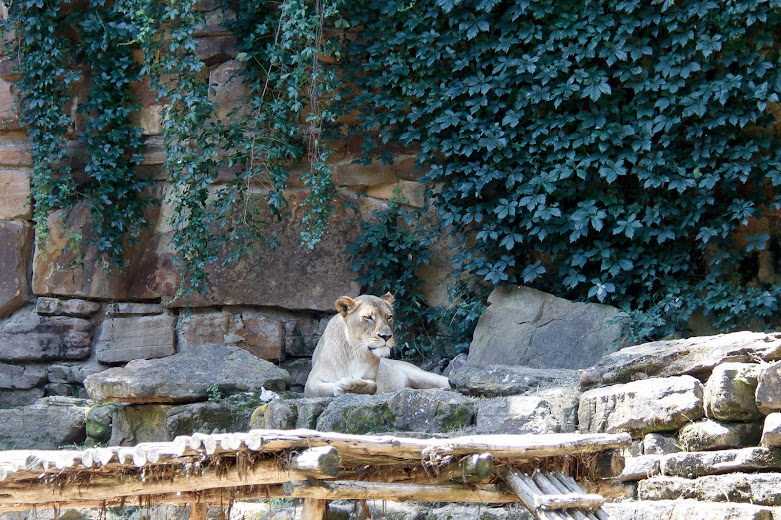 After visiting the zoo, we ate at HG Supply Company, on the Trinity River. This was a different restaurant I photographed as we walked around the shopping plaza. 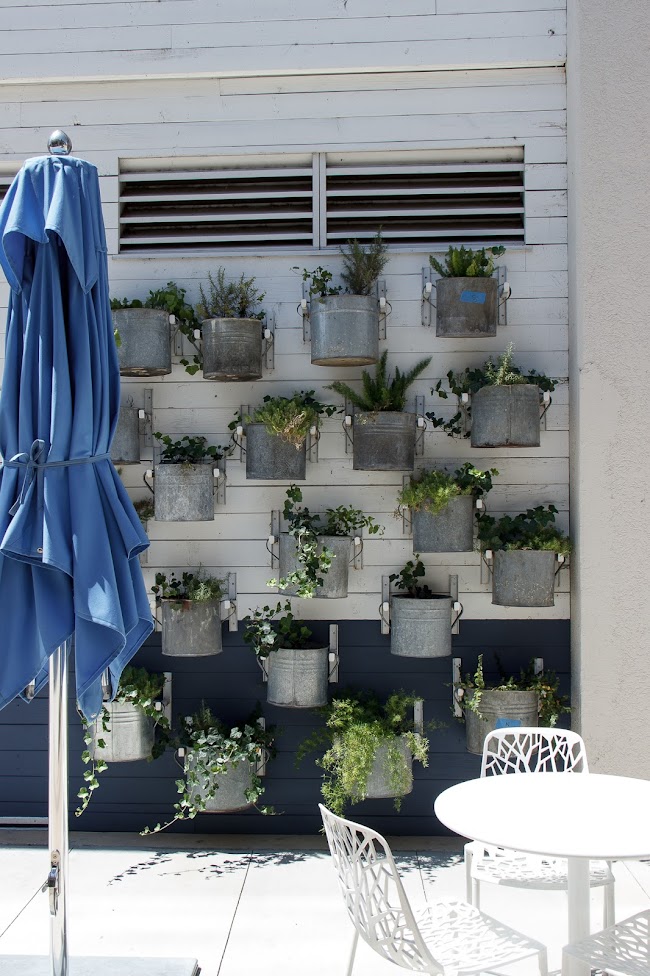 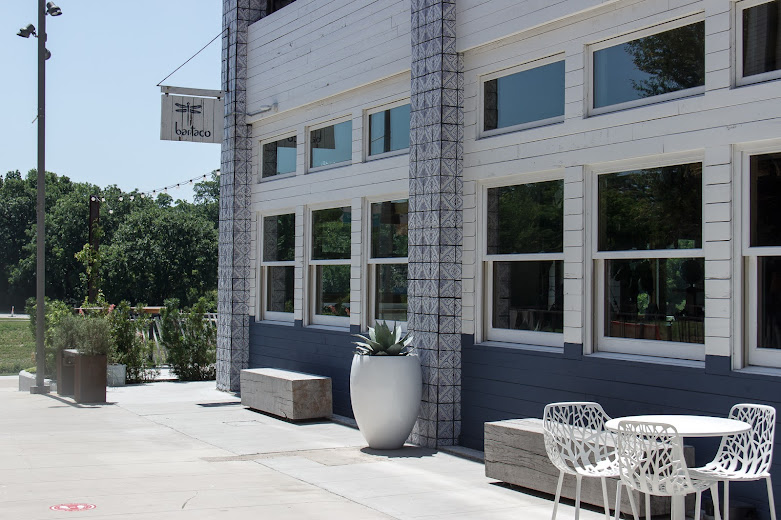